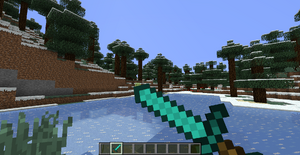 Blocking with a diamond sword from the player's perspective. 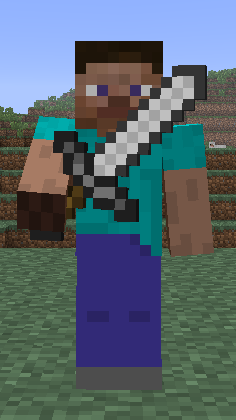 Blocking with a stone sword from a third person perspective. 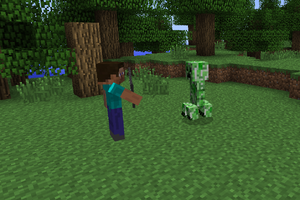 The Player blocking an incoming creeper explosion with an iron sword.

Blocking is a gameplay mechanic that was added 1.8. When the player holds the right mouse button while wielding a sword, he or she will raise their sword in front of themselves, allowing them to block attacks, including arrows and explosions; blocked attacks deal only half the normal damage of said attack. Before Minecraft's Full Release, blocking could decrease fall damage, allowing the player to fall 45 blocks without dying instead of 22. Blocking works with any sword and does not decrease the sword's durability.

The player moves at a speed slower than the speed of sneaking when blocking while moving.